Language and the Art of Travel

We met Eduardo straight off the plane in Cusco. Our B&B had sent him to pick us up. He was sixty-years-old and had been driving taxi in the city most of his adult life. He did not speak English. Eduardo was Quechan, so we met halfway and struck up a conversation in Spanish on our way across the city.  He was funny and gregarious and he knew just about everything about Cusco. I asked him how much it would cost to hire his taxi for an entire day.  We had come to climb Machu Picchu, but we hoped to visit the Sacred Valley, too. 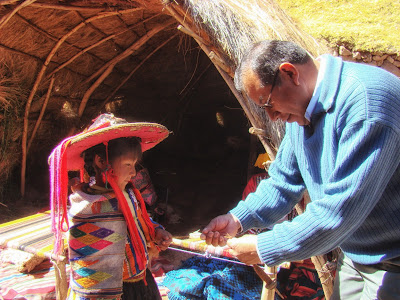 We struck a deal (for less than half the price of a bus tour—for one). On the day prescribed, Eduardo picked us up at 5 in the morning.  We set out into the hills north of the city, whisking past several different Incan ruins in quick succession—Q'enko, Tambomachay, Puca Puchara. On any given day, one of these stops would have been enough. Peru is an embarrassment of riches. We immediately began to make plans with Eduardo for yet another day upon our return from Machu Picchu. 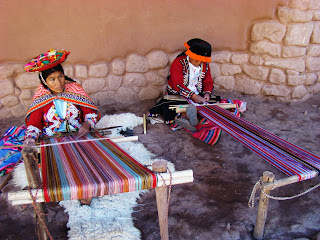 He asked if we would like to see llamas, and then promptly took us to a small weaving coop just off the main road.  Women in colourful traditional dress worked at ponchos and shawls on hand looms.  He took us to Pisac—the ruins and the market--then he chose us a cheap place to eat near Urubamba.  Ollantaytambo, our next stop, was beyond words. Impressive in its sheer scale and impossible crafted stonework. We stayed too long, enthralled by it all. We simply didn’t want to leave.

And all along the way Eduardo told us stories, answered our questions. He joked with us and told us what to watch out for, what to avoid. He was the consummate host. 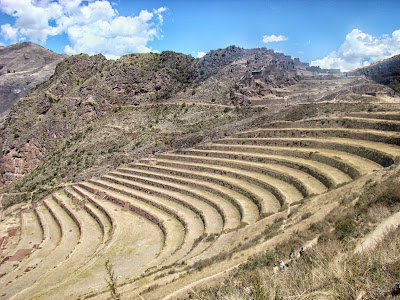 It was so late as we left Ollantaytambo that we figured we must forgo our final stop at Chinchero.  As we passed up higher into the mountains, the sun was disappearing behind the distant peaks, lighting the snow-capped chain behind us.  Eduardo pulled over so Caroline could catch the display on camera. After, we thanked him and bid him return to Cusco. We understood the lateness of the day. No tour could have packed in the itinerary the way we had. Nothing would have been as personal.  But Eduardo would have none of it. 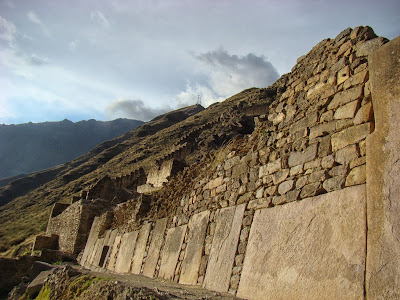 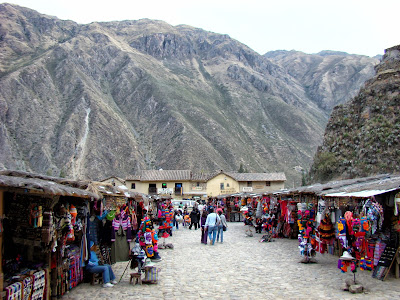 It was dark as we pulled into the Adobe Church in Chinchero. Women were still spaced out around the plaza weaving colourful blankets as the lights in the church came on. The experience was visually surreal. We felt lucky. We felt privileged. We couldn’t thank (or pay) Eduardo enough. 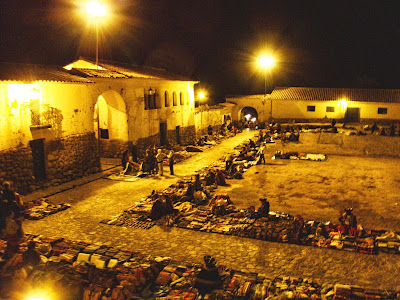 However, several hours later, once we were safely tucked into our beds at the Second Home Cusco, I remember thinking that I owed it all—the experience, our burgeoning friendship with Eduardo—all of it, to language. ↭ Of all the things I have learned in life, be they from schools and universities or the experience of living and working in the world, nothing has been more rewarding or defining than language.

By technical definition, I suppose that I am a polyglot. I speak three languages with fluency (English, French, Spanish), and I have working knowledge of a fourth (Portuguese). Through travel, study, and simple interest, I have managed to pick up smatterings of German, Italian, and Russian, as well—though I pull the latter out in case of emergency only, or perhaps as party tricks under the right “influence.”

I did not set out to make this so. Language was not part of a master plan enacted years ago under misguided notions of world domination. In fact, beyond my native English, French is the only language that I have studied at school and university for any length of time.  Spanish came organically through travel, necessity, and personal effort; Portuguese has been a recent experiment.

But no matter how it occurred, nothing I have ever learned has brought me more satisfaction, presented more opportunities, or allowed me to live more fully than language. On a personal level, it has changed the course of my life. My wife (a francophone), my children (bilingual, both), my career (as a teacher of English, French, and Spanish), have all been defined and shaped by language.

However, I also believe that language is the common ground upon which the world can build understanding. No small claim, I know. But I empathise with why a sovereignist from Quebec longs for separation--even if I don't agree. When I hear the first few lines of "Nicaragua, Nicaraguita" I feel a pang of homesickness. And I'm not Nicaraguan.

We met Eduardo two more times after our tour of the Sacred Valley. On the second last day of our trip, he took us to Sacsayhuaman and several other Incan sites encircling the city. And on our final full day, he took us to the Mantay Home for Adolescent Mothers, where we dropped off donations and spent the afternoon with the women and children staying there. They showed us how they were making fair trade crafts and receiving an education for themselves and their children. Once again, it was the ability to connect through language that made the day so memorable and complete.

These are good things. They are the measure of an experience's impact.

Language opens doors to rooms we didn't even know existed. All we have to do after is walk through.

If you like it, please Pin It!
97 views0 comments

Where in the world is Nandaime, Nicaragua?